Reason: Based on a true story, follows the journey from war-torn Syria to the Rio 2016 Olympics. Two young sisters embark on a harrowing journey as refugees, putting both their hearts and their swimming skills to heroic use.

Review: I’ll be honest and say I was tired going in The swimmers. Countless films have been made over the years about characters facing adversity in the form of war, abuse and crime, as well as underdog tales of athletes overcoming insurmountable odds to reach the pinnacle of their sport. In either case, films about either story tend to be exaggerated or insincere. Sally El Hosaini The swimmers is none of these things. Managing to bridge both narratives to tell a refugee story that’s also a sports film, this film is as inspiring as it is gut-wrenching as it makes you cheer for the characters to persevere against the odds, which are both life-threatening and life-affirming. The swimmers is a very good film that is difficult to watch without being difficult to enjoy.

Based on the true story of Olympic swimmer Yusra Mardini, The swimmers follows the Syrian teenager (played by newcomer Nathalie Issa) as she trains under her father Ezzat (Ali Suliman) alongside her sister Sara (Manal Issa). Both sisters are world-class athletes, and Ezzat has high hopes that they will make it to the Olympics to represent Syria, even as Russian bombs fall on nearby Damascus. When the threat of attack hits close to home in a harrowing sequence involving a bomb in a swimming pool, Sara persuades her parents to allow their cousin (Nizar Ahmed Malek) to help the sisters escape to safety in Germany. Reluctantly, the trio is allowed to leave Syria, and so begins a harrowing journey of thousands of kilometers and the start of their refugee hunt.

While the film spends the first half hour focusing on Yusra and Sara’s training amid the violent war surrounding their country, the next hour of the film shifts to a road movie. At first the journey seems challenging, but when they have to cross the Aegean Sea in a loaded dinghy that is about to succumb to too much weight, the stakes present themselves in a harrowing reality. Despite only being rated PG-13, The swimmers is able to genuinely convey the subhuman conditions that refugees must survive to get to freedom without relying on shock value to elicit a reaction from the viewer. This movie packs a serious punch without having to show bloodshed or dead bodies to make a point. Just the image of Yusra and her fellow refugees walking through a field with thousands of discarded life jackets says more than a gaping wound ever could.

When they reach the refugee camps in Germany, the film splits Yusra and Sara’s journey. Sara becomes focused on the complexities of seeking asylum and bringing the rest of her family over from Syria, while Yusra joins up with a local swimming coach named Sven (Army of the Dead‘s Matthias Schweighofer). Sven helps Yusra hone the skills diminished on her journey and helps her prepare to represent the newly formed Refugee Olympic Team at the 2016 Rio Olympic Games. Drawing on classic sports movie elements like training montages, Yusra’s journey triumphantly follows her to compete in Brazil. But the point of this story isn’t about winning gold or even representing Syria, but instead shuffles a refugee’s shockingly epic journey from home to a completely different place a world away.

Written by El Hosaini and Jack Thorne (His dark materials), The swimmers is unlike any sports or refugee story I’ve seen before. The film is performed predominantly in English, with the characters shifting between their native languages ​​and back again throughout the film. It also found two major leads in the Issa sisters. The two actresses, who played siblings on screen, didn’t even know how to swim before joining this production. Both give their real-life counterparts a sense of honor and respect for their life goals, as well as reflect on what it means to have been a refugee when so many places reject them without a second thought. There are beautiful shots throughout this film, which El Hosaini frames in a way that is both haunting and fantastic, and which made me feel both lucky to live where I do and motivated me to want to do something for to bring about change in the world, much like the real Yusra and Sara Mardini have done as goodwill ambassadors.

The swimmers is a film about overcoming adversity and is a triumphant mix of the sport’s underdog narrative as well as a powerful indictment of how refugees are treated around the world. By conveying these parallel stories without having to shock the audience, Sally El Hosaini has created a beautiful ode to the Mardini sisters, two heroes who not only helped save their lives on their journey to Germany, but long after the events of this movie. . Filmed at the actual locations Yusra and Sara crossed paths, this is an inspiring film that deserves to be seen by as many people as possible. If you see The swimmers and is not forced to act, I would be very surprised. This is a film that is difficult to watch at times, but also incredibly rewarding. 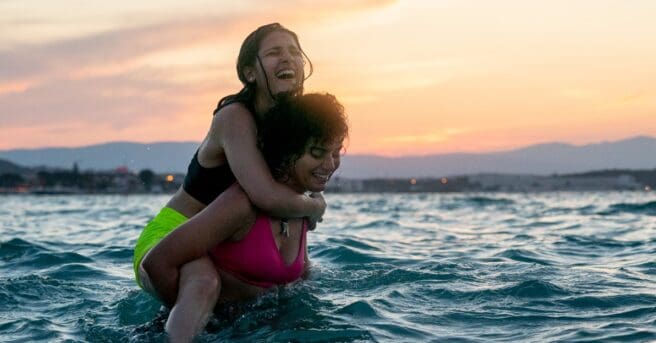 The Witcher: Blood Origin Trailer and Poster Released for the Prequel Series