The Last of Us TV review

Reason: Twenty years after modern civilization has been destroyed, Joel, a hardened survivor, is hired to smuggle Ellie, a 14-year-old girl, out of an oppressive quarantine zone. What starts as a small job soon becomes a brutal, heartbreaking journey as they both must cross the United States and depend on each other for survival.

Review: Released in June 2013, Naughty Dog’s video game The last of us was universally acclaimed and has since been considered one of the greatest video games of all time. Despite an equally beloved sequel and adaptations in other media, a cinematic version lingered in development hell until game creator Neil Druckmann teamed up with Craig Mazin, the award-winning writer of Chernobyl, for an epic HBO series. Led by Pedro Pascal and Bella Ramsey alongside a solid cast, The last of us is a faithful rendition of the video game that retains the dynamic characters and world players love, while expanding the drama and horror to new levels. This is a masterpiece of storytelling that elevates what those who have played the games have already experienced and opens up the story to anyone who doesn’t have a Playstation.

Spread across nine episodes, all of which were made available for this review, The last of us shares some thematic and stylistic similarities with The Walking Dead. Both series follow the survivors of an apocalyptic disease that ravages the modern world, resulting in factions of humanity resorting to basic instincts to survive. While The Walking Dead focused on the interpersonal relationships between an ensemble of characters, the draw was still the dramatic tension between heroes and villains undercut by the threat of zombie hordes. The last of us differs from The Walking Dead in the premiere episode by showing us the beginning of the fungal pandemic in 2003, before moving twenty years into the future where the story really begins. Instead of blaming the intervening years, the series delivers the genesis of the story and then jumps right to the meat of the story. The premiere episode has a feature length of eighty-one minutes and does not focus on the infected monsters, which is not the point of this series.

The last of us is truly about the people who live in a world full of monsters, both human and terrifying. The Walking Dead aimed to focus on the same thing, but The last of us is a far more intimate story, despite the sweeping scale of the narrative. At the core of what made the game so good were the characters, led by Joel and Ellie. Here, Pedro Pascal and Bella Ramsey elevate the already excellent work that Troy Baker and Ashley Johnson lent to the game. Pascal, who had already reached top culture status with his Stoic on The Mandalorian, here playing a similar character and guardian of a young child who has a higher purpose. Pascal conveys both a fatherly warmth as well as a quiet intensity that balances with Bella Ramsey’s smart yet whip smart Ellie. Ramsey who wowed the crowd with his entry Game of Thrones as well as in the 2022s Catherine called Birdy, is perfect as Ellie and gives a different but equally wonderful approach to her character as the original game did.

While the core of the game’s narrative is the same as the series, Bruckmann and Mazin have added additional scenes and character developments to build this story into a season of stories. All the key characters from the game are here, including Tess (Anna Torv), Tommy (Gabriel Luna), Marlene (Merle Dandridge, reprising her role from the games), Bill (Nick Offerman), Riley (Storm Reid) and Henry (Lamar Johnson) as well as new characters such as Marlon (Graham Greene), Perry (Jeffrey Pierce), Kathleen (Melanie Lynskey) and characters played by Troy Baker and Ashley Johnson. There is also Frank, played by The white lotus Murray Bartlett, whose inclusion here is one of the most significant changes from the game. None of the changes are made to change the ultimate ending of the story, but they do offer a branching alternative that highlights where Joel and Ellie find themselves at the end of the season.

The series also includes some interludes to the past and other parts of the globe to add insight into the fungal infection that triggers the events of this series. Most zombie dramas or pandemic stories focus on threats that are viral, so the unique pathogen in this story needs an explanation. It also means that the monsters and the infected are very different from the undead we usually see in stories like this. The special effects team has created some impressively horrifying designs for the spores and the fully infected results. If you’ve played the game, you know what you’re in for, but echoing Craig Mazin’s realistic approach to the radiation-induced results in chernobyl, the horrors shown in the The last of us look tangible instead of CGI creations, giving this series an even scarier feel. Due to how realistic this story appears, both in terms of characters as well as visuals, The last of us is much more disturbing than the standard zombie movie.

With game composer Gustavo Santaolalla returning to create an atmospheric score, The last of us is at least the worthy sequel to the game as it is a powerful standalone experience. Because this series can’t afford to retry if you fail to beat an opponent, the stakes feel higher here and the characters are more vulnerable than when you control their actions. Neil Druckmann’s video game took a horror story and turned it into a human drama with nuanced characters and astonishing depth. Now he and Craig Mazin have expanded it into one of the best post-apocalyptic stories brought to any screen, big or small. The last of us is a stunning feat of writing, directing and acting that has HBO once again raising the bar for what television can do. This series defies genre categorization and is just an all-around great series.

The last of us premiered on January 15 on HBO. 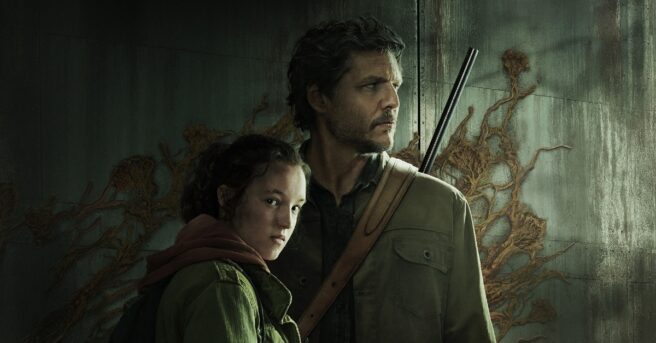 ‘The Last of Us’ renewed for second season