REVIEW: Consider the plot synopsis above. Is there anything about the all-too-familiar premise that suggests David Cronenberg references and body horror? Sure enough, Andrew Semans’ Resurrection stands as perhaps the most unexpectedly great film I saw at Sundance this year. It’s another entry into the genre for star Rebecca Hall, who continues to make great choices in terms of her performances, with this perhaps her most riveting role to date.

Her character, Margaret, seems to have it all together. She has a powerful job and serves as the de facto therapist for an intern who has found herself in a psychologically abusive relationship. Still, there are cracks when she enters into a long affair with a married colleague (Michael Esper), whose growing affection she shrugs off. At the same time, she is a helicopter parent to her seventeen-year-old daughter, Abbie (Grace Kaufman), who bristles at her mother’s constant intrusion.

When Roth’s David re-enters the picture, this seems to be going down the path of being a straightforward psychological thriller, but then Margaret starts dreaming about babies being cooked in ovens (yep) while David tells her that he has their dead child living in his womb. Yes, folks, it’s taking a turn.

It’s actually when Resurrection begins to go Grand Guignol that it will be a horror film to note. It’s probably too weird to really explode into the mainstream (IFC and Shudder went partners on it – which is a good platform for it). Still, it’s so strange that for me it immediately establishes Semans as a significant figure to watch.

Directed with a sophisticated visual style that eschews the typical stylized horror look for something more realistic, the low-key pace and approach is probably what makes Resurrection so shocking once the big turning point happens. Of course, it helps that the acting is incredible, with Hall expertly conveying a woman’s complete unraveling. She plays it so convincingly that you sometimes wonder if she, as the heroine, is a reliable narrator and if what we see is only happening in her mind.

Meanwhile, Tim Roth’s David is a figure of pure evil. A former scientist, he skillfully groomed the young Margaret to become his plaything, requiring sadistic acts he calls “kindnesses” to break her down. Roth seems to like that part. Michael Esper also arouses great sympathy for what could have been part of the numbers that the married man Margeret sees, where he nevertheless arouses concern and care for her. Kaufman is also excellent as Margaret’s daughter Abby, who grows increasingly fearful as her mother begins to act like a lunatic.

It all adds up to one of the tastiest, horrifying treats to emerge from this year Sundance. While Hall grows status as director This probably means she’ll find less time to act, she continues to cast excellent genre parts and, I think, is commendable here, even if the fact that its horror will mean it never gets the critical attention it deserves . Too bad, as both she and this film deserve a whole lot of credit. 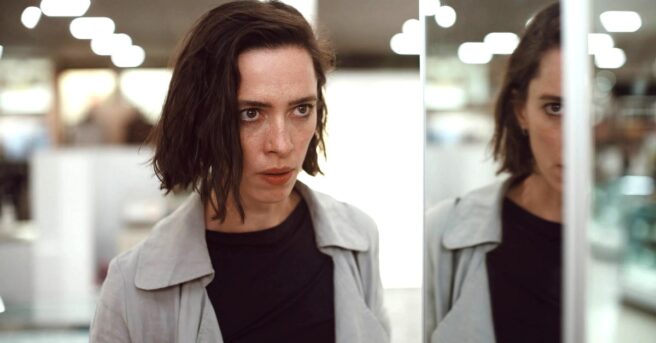 The Flash: Ezra Miller finally breaks his silence about behavior and willingness to get professional help