REVIEW: Polite society is rare for Sundance these days – an action comedy that appeals to audiences. Everything everywhere at once proved that there is a hunger for variations of the genre. Polite society mixes your classic culture-clash coming-of-age tale (shades of Bend it Like Beckham or Blinded by the Light) with the kind of light action comedy that Hong Kong directors used to regularly churn out. Polite society is a fun action gamer for all ages, with wire-fu and a whole lot of fight scenes.

It helps that director Nida Manzoor (We Are Lady Parts) brings specificity to the film in that she was born into a Pakistani Muslim family while living in London, like the leads. Her heroine, Priya Kansara’s Ria Khan, comes from a relatively open-minded family. She’s a devoted martial artist who wants to be a stuntwoman, and her sister, a martial artist herself, is a rebellious art school dropout. All of this naturally makes her decision to accept an arranged marriage suspect. Still, the film does a good job of showing why the sister, played by an excellent Ritu Arya, would join the fray. She is shown to go on several dates with the match, a rich, handsome and kind doctor. Ria probably wouldn’t have a problem with the marriage if it wasn’t for the fact that her beloved sister is moving with him to Singapore and has no interest in working as an artist anymore.

For most of the film, Ria’s quest to end the relationship feels misguided or even monstrous, with the only apparent red herring being the groom’s wildly overbearing mother, played by Pakistani actress Nimra Bucha, who wants the marriage to happen. This is where the film almost goes wrong as Manzoor comes close to making Ria insufferably self-righteous, only to reveal that there is some merit to her concerns in the second half. Here’s where Polite Community detours into martial arts injuries, with plenty of flashy, fun fights, done more in Scott Pilgrim condition than the HK-approved one Everything everywhere at once. There’s also a big dose of Bollywood thrown in, with a great musical number midway through the film and some really elaborate costumes and production design.

It all works well because of Manzoor’s light touch and flair for pacing (although the first twenty minutes or so were uneven), while Kansara and Arya are fantastic as the two sisters at the center of the film. Kansara in particular seems like a star in the making, with this a good showcase for her comedic and action chops. Some will complain that the battles aren’t complicated or hard-hitting enough, but it’s better to think about it Polite society as a teen movie first and everything else second. I could imagine this film gaining a huge following among young female martial arts fans, with a whole new generation of them seemingly being born thanks to the success of Cobra Kai. Polite society feels like a natural evolution of the genre to include other genres, and if this leads to an influx of growing martial arts movies, sign me up. 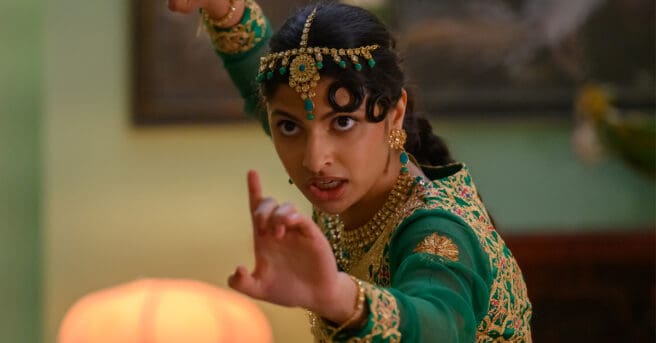 Party Down Revival Trailer: The Band is Back for Your Party Needs