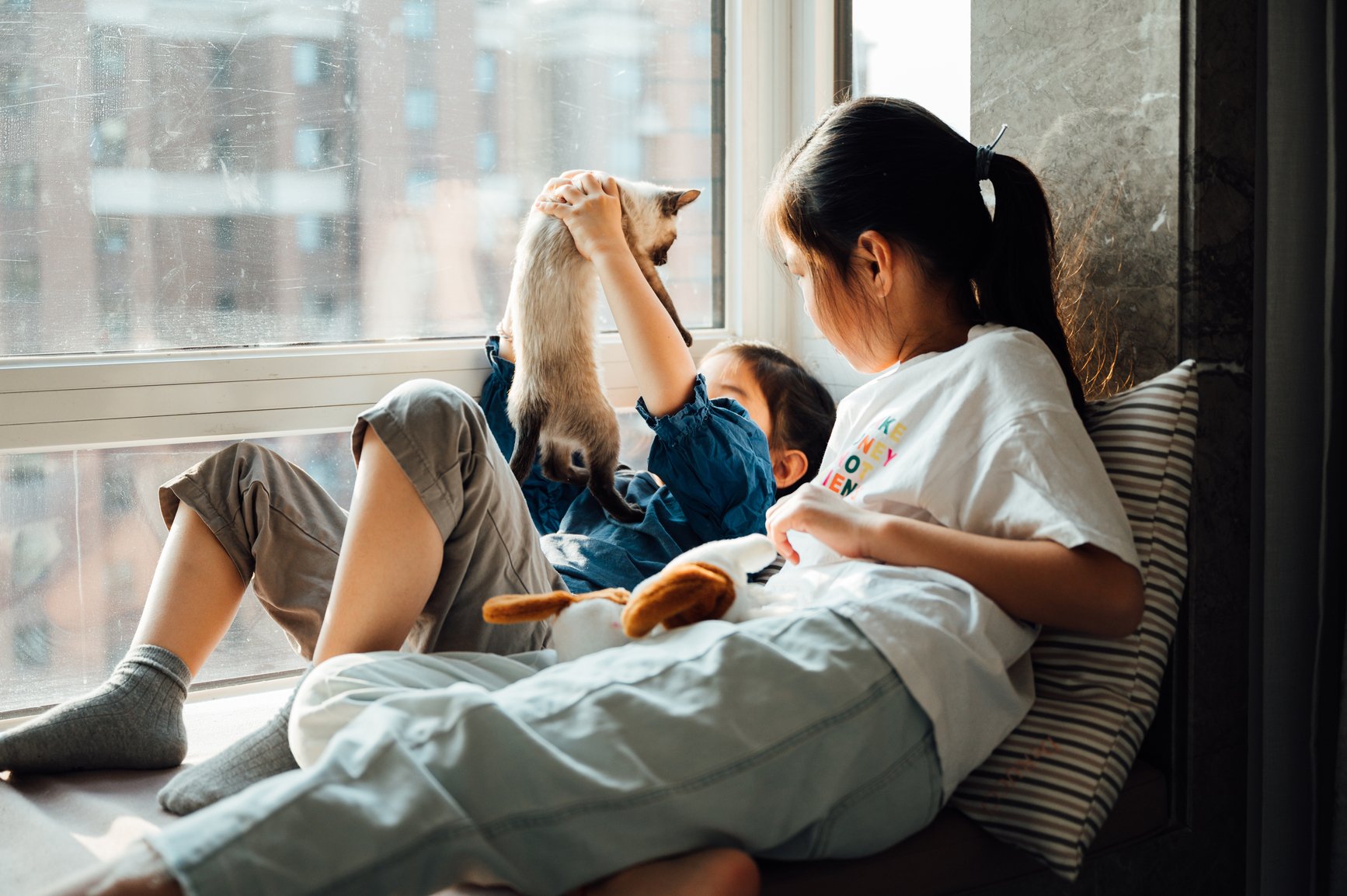 Before I gave birth to my second child, I turned to Cup of Jo for advice introduce the new baby and help siblings get together. I was encouraged by the ideas and stories in the comments section. Here are 12 of my favorite reader comments about siblings (and then I called my sister just to tell her I missed her – we both cried!)…

In order of birth:

“I’m Asian American, and as the first child, I was definitely tasked with being Mom #2. My sense of responsibility gave my younger brother another person to turn to and guided me through my teenage years—I never wanted my brother would see me do something that I wouldn’t feel comfortable explaining to him. Some people worry about putting too much responsibility on the older sibling, but I can’t imagine it any other way.” — J.

“We have a tongue-in-cheek saying in Norway about middle children – third and third — which literally translates to ‘shit in the middle’.” — Hilde

“I’m a quadruplet (four girls!) and the birth order theory still holds true. I was born first (by two minutes), but I’m definitely the ‘oldest’. Most people think our ‘youngest’ sister is a few years younger.” — Katelyn

“I am the mother of girl/boy twins who are now seven. Twins are the ultimate nurture vs nature experiment and we tell our twins they are siblings who just grew up at the same time. They are SO different people from that moment they came out.” — Alicia

About being there for each other:

“When my sisters, brother and I were teenagers, my brother would often do the shopping (any opportunity to take the car, ha!) He would get so annoyed if we put ‘pads’ or ‘tampons’ on the shopping list without a name, indicating who it was for—he knew what each of us used, but he could never distinguish our handwriting.” — Anny

In case of loss:

“I lost my brother 10 years ago. Sibling grief is not often discussed or understood, but Nick is forever in my thoughts, as well as the things that have happened over the last decade – god I wish I could tell him. I got married, he’s an uncle! I miss him.” — Claire

“My brother is five years younger than I am. We haven’t always been together, but we loved each other deeply. Two years ago, we lost our father suddenly, and I can’t imagine grieving without him. Besides, I see glimpses of my father through him every day.” — Monica

“​​My only sibling died when he was 24. A year after his death I found a birthday card where he wrote ‘love mike’ in his very messy chicken scratch. It was my first tattoo.” — Lindsey

“Growing up, my mom would have competitions where my brother and I were on the same team against her. For example, she would challenge us to fold a load of laundry faster than she could. That way we never competed against each other, only her! To this day, my brother is still my best friend and favorite teammate.” — Sophie

When my three children were young teenagers I instituted a ‘sibling meal’ once in a while where I dropped them off and picked them up and they weren’t allowed on the phone but they could choose what they wanted to eat on mom’s dime. (They usually choose McDonald’s, lol.) They always came back gentler and nicer to each other, and since then, when I feel they need some time to bond, I suggest/declare a ‘sibling meal’. I don’t pry too much when they get home, even though I’m dying to know what they’re talking about!” — Christine

“Fighting with your sibling teaches you that even when you love someone deeply and unconditionally, it’s hard to live with them day in and day out. There will be stretches of harmonious Woodstock vibes; there can also be long stretches where the relational foundation is mutual agitation. Siblings provide a masterclass in conflict resolution, compromise, forgiveness, tolerance, patience, self-advocacy, assertiveness, empathy, perspective-taking, and friendship. So let the games begin and let the learning follow! — Ariadne

“I’m the first born of three, and I’m not sure my parents rang the bell when we argued. When I got mad at one of my sisters, I’d sneak into her closet and spit on her shoes; she would never know, but I sure would.” — Lauren

What would you add? Do you have siblings or are you raising siblings?

Things to know about luxury gift boxes before you order them

Spices for all purposes | Julie Blanner