A timeline of Prince Charles and Princess Diana’s royal split

When they married in 1981, with 750 million people watching from home, Prince Charles and Diana Spencer had the romance that royal fans around the world envied. While she was 20 to his 32, the story of their courtship and engagement had people swooning. The image of her in the puffy dress with the 25-foot long train became indelible.

However, the mood behind the scenes was dramatically different. “I was very, very calm. Deadly, terminally ill, calm. I felt like I was a lamb to the slaughter, and I knew it, but I couldn’t do anything about it,” Diana said on the day of audio tape interviews for Andrew Morton’s 1992 book Diana: Her True Story. She spoke on the tapes of having only met Charles 13 times before their wedding.

However, the seams soon began to show. Quickly there were rumors of affairs on both sides, long periods spent apart and very uncomfortable looking public appearances. In 1996 they divorced. IN season 5 of The crown we see the most important moments of the very public breakup. Here’s the wider story.

Charles and Diana are married at London’s St. Paul’s Cathedral.

Princess Diana meets former army officer James Hewitt, with whom she had a five-year affair. Hewitt’s red hair led many to suggest he was Prince Harry’s biological son, a claim that has been vehemently denied. “I have never encouraged these comparisons and although I was with Diana for a long time, I must say once and for all that I am not Harry’s father,” Hewitt said in a 2002 interview with Sunday Mirror. 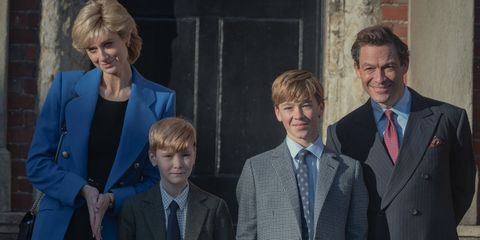 Speculation about the condition of the royal marriage growing violently. The press claim the couple have only spent one night together in the past six weeks, with Prince Charles visiting Scotland’s Balmoral Castle and Diana going between Kensington Palace and the country estate Highgrove House. World news reported that the Queen had held a meeting to address the rift and that Diana had walked out in anger.

In the Andrew Morton tapes, Diana told approaches Camilla Parker Bowles at a birthday party and confronts her about her relationship with Charles. “I was scared of her. I said, ‘I know what’s going on between you and Charles, and I want you to know. Don’t treat me like an idiot,'” Diana recalled. “‘You’ve got everything you’ve ever wanted. You’ve got every man in the world falling in love with you and you have two beautiful children, what more do you want?'” Parker Bowles replied, according to Diana. “So I said, ‘I want my husband.'” 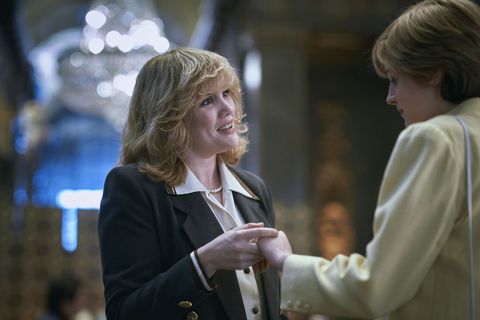 prime minister announces to the House of Commons that the Prince and Princess of Wales have separated. “It is announced from Buckingham Palace that the Prince and Princess of Wales have regrettably decided to separate. Their Royal Highnesses have no plans to separate and their constitutional positions are unaffected. This decision has been reached amicably and they will both continue to participate fully in the upbringing of their children,” he said. “The Queen and the Duke of Edinburgh, although saddened, understand and sympathize with the difficulties that have led to this decision.”

The palace said the couple would share custody of their children, with Diana staying at Kensington Palace while Charles would commute between London’s Clarence House and his country estate Highgrove. They too stressed out that no “third party” was involved.

Charles admitted to infidelity during a TV interview with journalist Jonathan Dimbleby marking his 25th anniversary as the Prince of Wales. When asked if he was faithful in his marriage, he replied: “Yes … until it was irretrievably broken down and we had both tried.” Although he only referred to Camilla as a friend, it was believed that they had resumed their affair, reportedly in 1986. 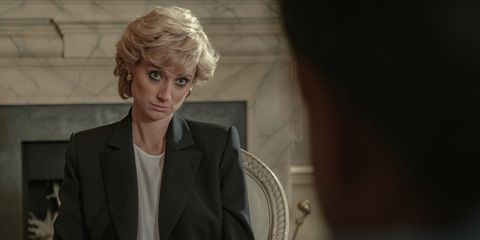 Diana is interviewed by Martin Bashir for BBC program Panorama. Speaking candidly about her experiences with depression and bulimia, she said these issues were exacerbated by Charles’ relationship with Camilla. “There were three of us in this marriage, so it was a little crowded,” she said.

The interview was seen by around 200 million people globally. It was later revealed Bashir used deception to gain her cooperation. 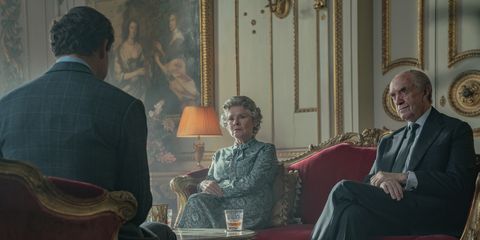 Buckingham Palace say Queen Elizabeth has written a letter to Charles urging him and Diana to divorce, probably partly motivated by Panorama interview. They released a statement saying: “Having considered the current situation, the Queen wrote to both the Prince and Princess earlier this week giving them her view, supported by the Duke of Edinburgh, that an early divorce is desirable. The Prince of Wales also holds this view and has made this known to the Princess of Wales since the letter.”

After initial resistance, Diana say she will agree to a divorce. “It was an exceptionally difficult decision and one that the Princess of Wales has taken with enormous sadness and regret,” her lawyer said in an interview with the BBC.

Prince Charles and Princess Diana’s divorce is final. It was agreed that Diana would continue to live at Kensington Palace and would be known as Diana, Princess of Wales, but not Her Royal Highness. Her settlement rumored to be worth £15 million. A year and three days later, she died in a car accident in Paris.

Adrienne Gaffney is an associate editor at ELLE, having previously worked at WSJ Magazine and Vanity Fair.