Kylie Jenner wore one of fall’s shortest pants today in New York City, pairing a tan sweater romper with a leather coat and black Raf Simons heels. She accessorized with black round sunglasses and wore her dark hair in a side part. 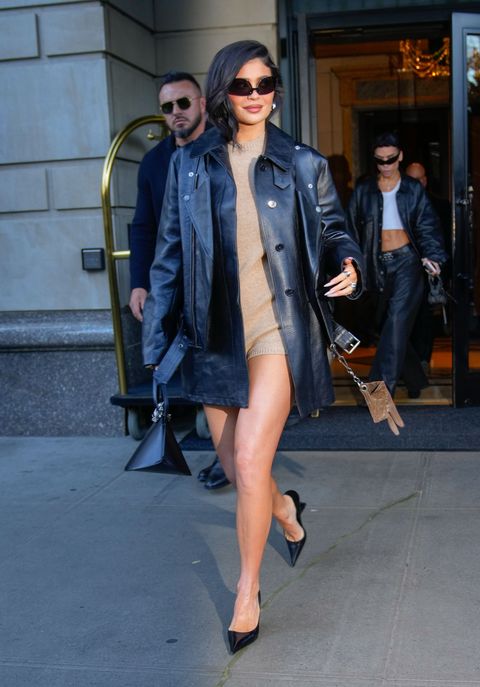 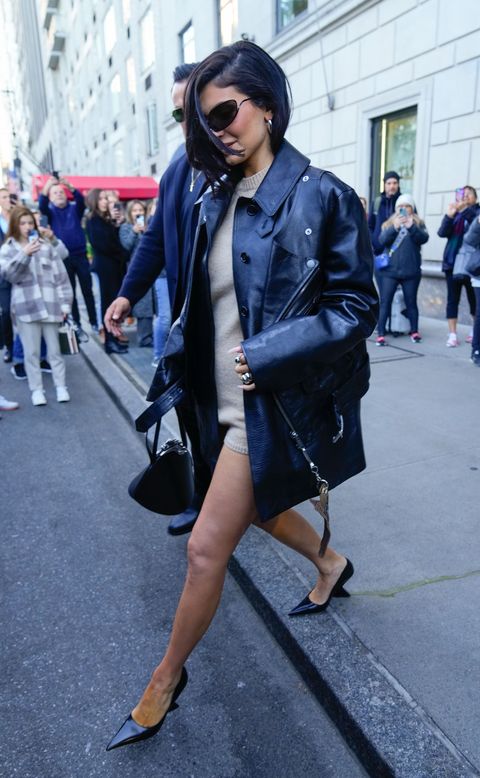 Jenner was in town for the CFDA Fashion Awards with her mother, Kris Jenner, and her sisters Kendall Jenner, Kim Kardashian and Khloé Kardashian. Kim was honored with the Innovator Award for her Skims shapewear line. At the ceremony, Jenner wore a sheer black Mugler dress with a dramatic high-leg slit to support her older sister. 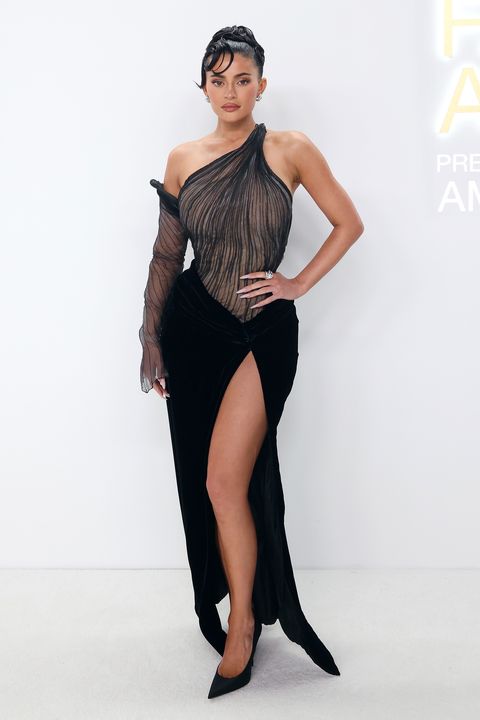 Jenner was photographed yesterday in long jeans, a dark coat and a black cardigan with only a single button closed because why not live life on the edge? She was out with Kendall Jenner. 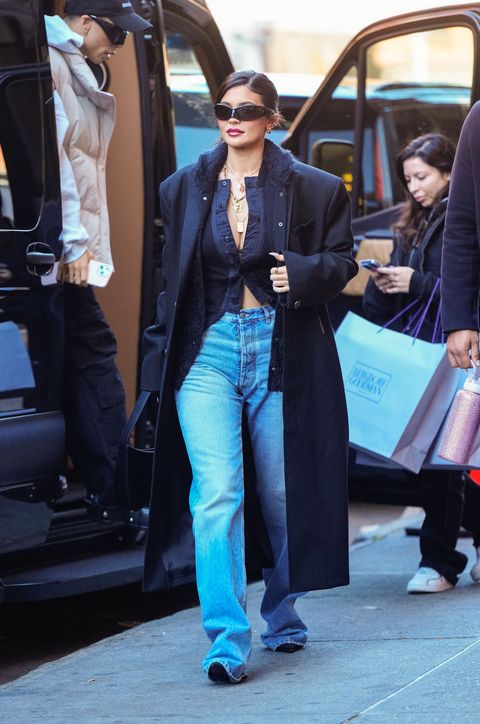 In September, Jenner talked to CR fashion book about her favorite fashion show she has seen. “I would say the most impactful show for me was Virgil Abloh’s last off-white show,” Jenner recalled. “I couldn’t make it to the show as I was heavily pregnant at the time, but I was able to see it live. I thought it was so beautiful, emotional and moving.”

When asked which pieces in her own closet she’s most excited to share with her daughter Stormi, Jenner revealed that she keeps “everything” for her little girl. “I’m saving everything for my daughter — I have the most amazing pieces and I can’t wait to share my entire archive with her when she’s older,” Jenner said. (Stormi is only 4.) “I’m so excited to see how she will wear and style them! And hopefully she wears one of my Met dresses to prom, she added with a laugh.

Telfar’s best selling Moose Knuckles Collab is back in stock