What can’t Kate Nash do?

Kate Nash has a knack for spinning earworms about life’s simplest moments. But the British pop star’s winding career over the past 15 years has been anything but uncomplicated. In 2007, her debut album Made of bricks topped the charts and the hit song “Foundations” became the de facto choice for MySpace profile songs. When Nash’s second album failed to achieve the same commercial success three years later, she was unceremoniously dropped by her label. Suddenly, Nash found herself alone, bankrupt and abandoned by a society that had once put her on a pedestal.

But Nash is not one to ask why me? “You can get back up when they kick you down,” she tells me now. “Just be good to people and you’ll always have friends to help you when the going gets tough.” She agreed to attend one documentary about her experience, landed gigs at Coachella and Lollapalooza and eventually secured a role in Netflix’s hit female wrestling dramedy Ember. As she continued to forge her own future—one outside the confines of what she calls a “scary and alienating” music industry—Nash secretly wrote about rejection, resilience, and ultimately learning to love yourself again.

Fifteen years later, these deeply personal songs form the score for only gold, an off-Broadway adventure musical about forbidden romance. The music and lyrics are all by Nash, who also stars in the show; story and book are by Andy Blankenbuehler (In the Heights, Hamilton, bandstand) and Ted Malawer (Everything beautiful happens at night). “I’m so honored to have such talented people working on my music,” says Nash. “I love collaboration.”

Below, the singer-songwriter opens up about transitioning from pop to musicals, navigating new creative fields, and why she believes it’s always “okay to make mistakes.”

Gold only is fun and quirky, the ultimate antidote to the past few years. When did you first get the idea?

Andy [Blankenbuehler] approached me 12 years ago and told me he wanted to make a musical with my music. I had no idea what that actually meant, but we talked about his idea over dinner. We connected immediately. Over the years, the story has changed so much, but its core message remains the same. I started seeing him every time I was in New York City for shows, and eventually I started going on trips specifically for the musical. I’ve learned so much as a songwriter. I really enjoy writing for characters and for a story because it just keeps everything fresh. There is more to draw on. In terms of original vision, I had no idea what to expect, but the prologue always felt like what our show was really about: a story about the heart. We have tried to put that at the forefront of the show. We’ve always said that we never wanted the relationship to feel neatly tied up in a bow, but to feel complicated and messy, just like real life.

How does working on a musical differ from writing an album?

The best part has been meeting so many amazing people and artists. I am constantly inspired and laughing at work. I think working on a musical is the ultimate creative collaboration. So many elements have to fall into place to make the magic happen. I never worked with dancers before only gold, and I am now sure that musicians and dancers must always be friends. The way dancers bring the music to life really moves me. It is so inspiring. I am blown away every day by everyone on our show. 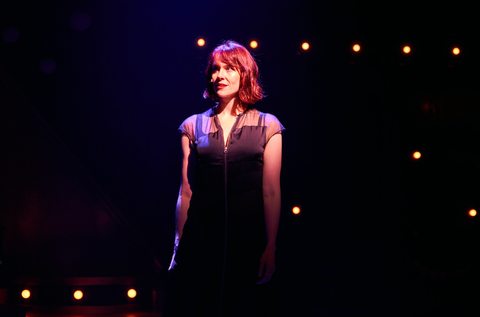 Kate Nash appears in Gold only.

Has it been a steep learning curve?

The hardest part was dealing with external stress and pressure, finding silence and breathing and focusing on what is important. Returning to the essence of the story is the most important thing. Being away from my dogs for so long and adjusting to life in New York was extremely hard. Working six days a week with rehearsals during tech and previews was probably the most challenging time. You learn how much you can push your body and also when you can’t.

What has been your biggest takeaway since entering this new creative field?

I learned that it is still possible to fall into old habits even at 35. Confidence requires constant management and new experiences will always shake it. I learned that I can take on new challenges and that I have my own process. It is important that I trust it and trust myself.

What other musicals inspire you?

Gold only features a mix of new music and hits from previous records. How did you decide which songs to include?

It’s exciting to see your music come to life. Some people will e.g. hearing songs like “Nicest Thing” or “Mouthwash” for the first time when they watch Gold only, instead of knowing its true origins. I think it’s so cool when something like this happens. It gives the music a completely different life. I love what has been done with “Mouthwash” in the show. It’s very surreal to see. Andy chose songs he wanted to choreograph to. I would send him music and he had playlists of old songs. Sometimes we needed to tell a more literal story, or I needed to write a new song for a certain moment, like “Split in Half,” “Paris Allure,” and “Bones & Dust.” Those songs don’t exist anywhere else but in the show, and it’s pretty exciting. 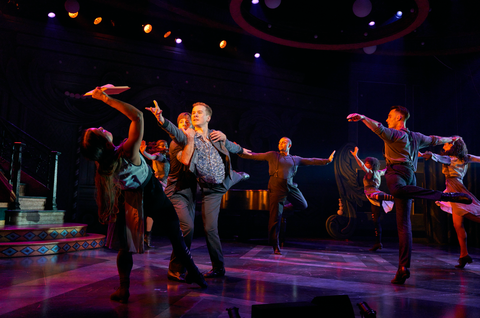 The crew of Gold only.

You’ve talked about feeling like you never fit in in the music industry. Has it shaped you as an artist?

I was referred to my record label and I think the media were kind of classes when I first started releasing music. I don’t have famous people in my family and I don’t come from a rich background. My mother is a nurse and my family is Irish and from Dartford [in England]. My grandfather was a bookkeeper and boxer. When I moved home, my parents couldn’t help me the way they wanted to, or the way some of my rich friends can get help when they’re going through something. It really opened my eyes to how different the music industry is for people from working class backgrounds. Money is thrown around in a ridiculous way, and it’s scary and alienating when you don’t come from money.

What advice would you give to someone navigating the music industry?

Oh God, I think the environment is constantly changing, so I never know what advice to give that would be relevant. Every time I release an album, I’m dealing with a different world. Don’t listen to people who tell you to “find your sound” and throw yourself into a room with a ton of different producers and topliners writing for every other artist. It’s boring. Don’t miss out on what makes you unique. You have a voice, that’s why someone is trying to profit from you. Remember that people from the industry are business associates. Keep strict boundaries in place.

I would encourage people to find their creative family, because it will be with you for life, rather than just when you are profitable. You don’t always want to be hot shit. Only one person who worked with me during my first record is still in my life, and that’s a musician, of course. That says it all. I would also say limit your use of social media. It makes the world a cursed place and makes people stupider and more selfish. Art is not about sitting pretty. Find creative allies, creative partners, collaborators. I don’t think art is a solo journey. Take risks, say no when it feels wrong, don’t sign a management contract, get a good lawyer, and play a ton of shows. Throw paint on the wall and trust your gut. Your head is not thinking straight. It’s okay to make mistakes. You can get back up after they kick you down. Just be good to people and you will always have friends to help you when the going gets tough.

This interview has been edited and condensed for clarity.

Rose is a senior editor at ELLE, overseeing features and projects on women’s issues. She is a skilled and compassionate storyteller and editor who excels at obtaining exclusive interviews and uncovering compelling features.

27 stylish deals to finish off your Christmas gift giving