Hailey Bieber took advantage of Los Angeles’ warm winter weather yesterday and stepped out in just a lime green Drew House smiley face hoodie and no pants. She wore sunglasses and had her hair up in a bun. With her was her very casually dressed husband Justin. He layered up, wearing a “magic mushroom” gray hoodie with a purple beanie and tan baggy pants. They hugged while in public: 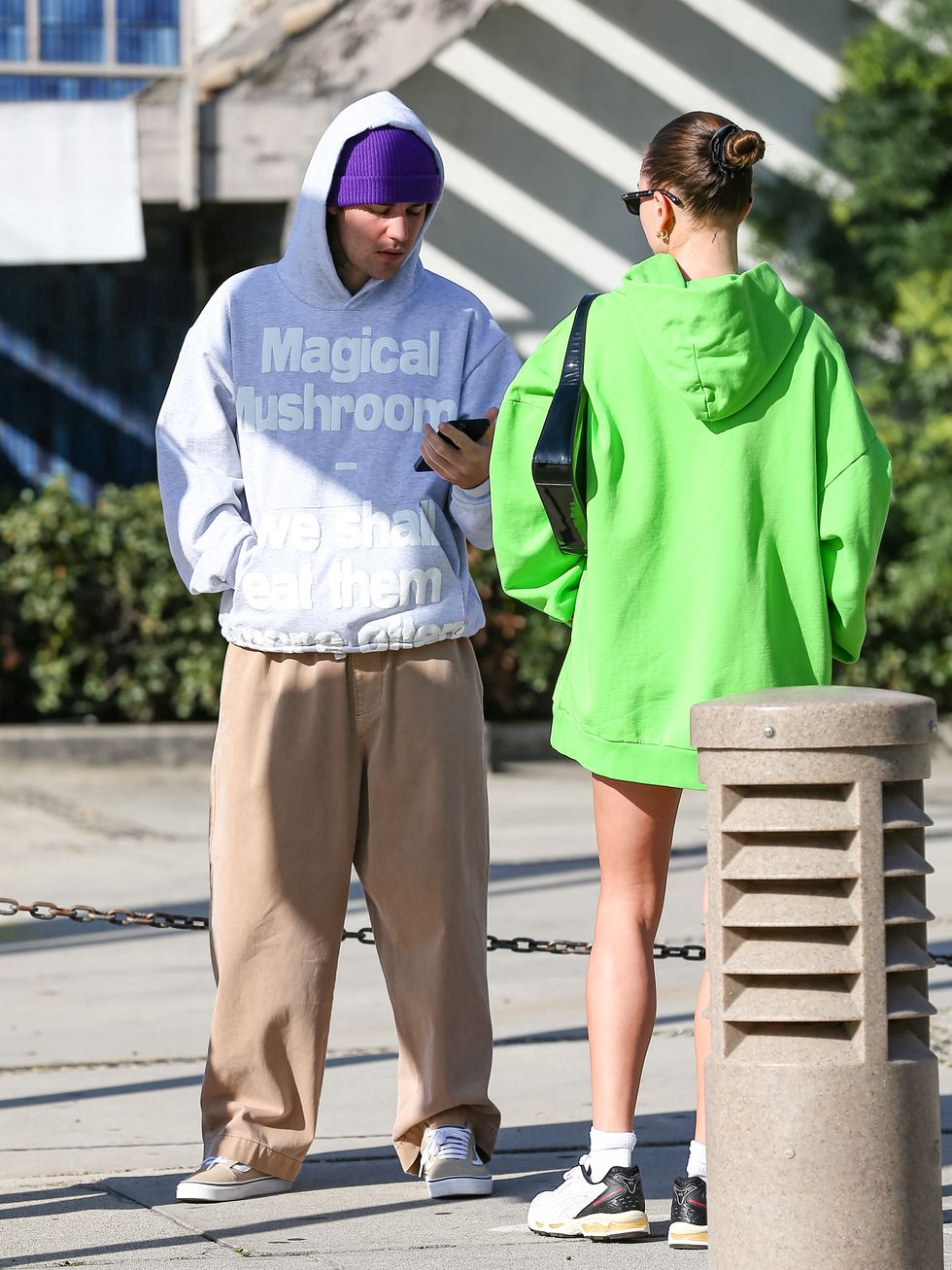 A source detailed to Entertainment tonight on December 29 that Bieber’s marriage was going very well. “Hailey and Justin are doing amazing as a couple,” the source said. “They’re each other’s rocks. They make sure they’re there for each other, whatever they need, and show their support for each other.”

“They have so much love and passion in their relationship and share the same beliefs and values, so it’s easy for them to get along,” the source continued. “They love to do pretty much everything together, especially travel.”

As for her street style, Hailey talked to Harper’s Bazaar for the September issue about how her style regularly changes. Her own personal style “evolves every few months,” she said.

And yes, it gives her anxiety to be patted so often, she admitted. “I get photographed so much that sometimes I feel like I’m putting pressure on myself,” she said, attributing it in part to her perfectionism. “Even if I’m just throwing on jeans and a T-shirt, I want it to be a sassy pair of jeans and a great T-shirt!”