My chronic illness caused me to have an abortion

I didn’t think I could have a child, but then I got pregnant by a stroke of luck.

It was my first time in bed with the man I called Frenchie, and maybe I wasn’t that careful, but I’d like to chalk it up to getting lost in translation. Although I grew up in a French-speaking home, my language skills are more along the lines of “I’m taking the bus home from school today” and less “I’m ovulating.” Frenchie, known to others as Lio, was shocked to learn that I didn’t know the French word for “orgasm,” but it wasn’t exactly the kind of topic my father was interested in discussing around the dinner table.

I drank a bottle of wine and inhaled three cigarettes in front of Frenchie before breaking the news. “Lio. I’m pregnant. It’s yours,” I slurred, watching as every drop of blood drained from, in my estimation, one of the most beautiful faces in existence. As two minutes of silence turned into 10, I collapsed into the shoulders I had only known for three weeks.

We had spent the first few weeks together successfully – dancing to old records on the small patch of open floor in my living room, eating dinner with our hands at midnight, falling into bed at 04.00 and did not come out of it. ‘until noon. Everything was new and fresh. Our first trip to the grocery store just to buy a watermelon was exciting, even though the fruit was floury. I didn’t care who saw us rolling around the park that afternoon; his skin smelled so good in the bright green grass under the sun.

When Lio recovered from the shock of the pregnancy, he released me from his arms and began to open up. “When you told me the night we met that you couldn’t have children, I was upset,” he said in his thick Gallic lilt. “I want another family and I like you.” Lio had a daughter and I figured someone was separated and with a daughter wanted their freedom. I figured dating someone with a chronic illness would be prison enough. It had been for me.

I was diagnosed with ulcerative colitis, a chronic bowel disease, at 35, three years before I met Lio. The disease came violently and with a speed. By January of that year, I was healthy, had just gotten a promotion, and was seeing a few different men with the hopes of forming a real connection. As a family girl at heart, I knew I wanted one of my own. But in February I was in the hospital, tied to the commode and suffers from painful bowel movements 30 to 40 times a day. Months of gut-wrenching vomiting and bloody diarrhea doesn’t leave much of an appetite for dating, much less relationships. How was I supposed to meet someone, plan and take care of a baby when I was too sick to feed my cat? 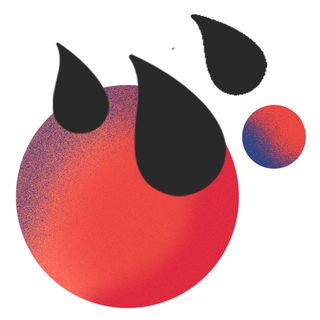 In the first months of my illness, there were times when, according to my phone, I took about 250 steps in a day – which equates to 25 trips to the bathroom. Back then, there was no pleasure in reading, no satisfaction in a crossroad, no reality TV show defiant enough to transport me out of my endless pain. Some of the more sensitive men on my contact list offered to come visit, but the gnawing pain throbbing through every inch of my body cut off any ability to talk, let alone flirt.

In between debilitating flare-ups, I ventured out into the world. But I got nervous when the dates escalated to “let’s go hiking.” By this time we had spent time in the safety of my home and my illness had not yet betrayed itself. “But you don’t look sick,” they told me. They couldn’t see it from the outside, but I was weak from my bodily war games. So no, I didn’t want to huff and puff up a hill, taking breaks every few minutes in front of someone new I was trying to impress. Instead, I wanted to cancel – again.

How was I supposed to meet someone, plan and take care of a baby when I was too sick to feed my cat?”

I started choosing men who I knew I wouldn’t have a problem leaving, men who didn’t cause a lot of trouble when they left me. But with Lio it was different. I didn’t want to limit him to once a week. I longed to wake up next to him, toilet emergencies be damned. It also helped that around the time we met I was on enough steroids to keep many of my symptoms at bay. As long as I continued to take my medication diligently, Lio would not see me writhing in pain. He didn’t want to see me unable to control my bowels with blood clots dripping down my legs, the ones he had only known as a place to caress.

But now I was pregnant and unsure of what I wanted to do. Meanwhile, my doctors tapered me off the steroids that had given me my life back. It could cause complications, they told me, and I was high risk enough. But pregnancy hormones are known to cause problems for some women with chronic illnesses and without steroids by my side, what would happen if I was too sick to eat for weeks on end? What would happen to the fetus growing inside me when I started throwing up water?

As I waved, Lio and I cemented our relationship with some great conversations. Does he want another child? Will we be parents together? What happens if he decides to leave Los Angeles and move back to France? A few weeks ago I had no idea this man even existed, but now I couldn’t get him out of my head. And I didn’t want to. Lio told me that no matter what decision I made about the pregnancy, he would stay by my side. In between our very serious conversations, we took our clothes off. Repeatedly.

But my body had other ideas.

It only took a few weeks off the steroids for the little lump of cells on my uterine wall to rob me of my newfound health. What started as a drop of blood on some toilet paper quickly turned into a flare-up. Ude danced on the little patch of floor in my living room; i was throwing up water. Outside were adult conversations where we played with the idea of ​​a future; in adult diapers. Out moaned in pleasure; I moaned in pain. I started to worry that if I was tied to the toilet for months I might scare this person away. I was afraid I would quit before he ever had the chance to leave me. I also knew I couldn’t endure nine months of pain so thick you can’t see straight. I knew I couldn’t care for a newborn from the bathroom floor, a newborn I wasn’t even sure could materialize through the fog of illness.

I also knew I couldn’t endure nine months of pain so thick you can’t see straight.”

So I made an appointment. It was a sunny Thursday morning when I arrived at the abortion clinic alone. COVID protocols did not allow a plus one. I was met by an elderly anti-choice activist armed with pamphlets covered in blood-soaked fetuses. I gave him two middle fingers. I changed into a paper dress and sat shivering in the overly air-conditioned waiting room for four hours, sometimes talking to the other girls, alone and also shivering, next to me. One already had a one-year-old and had barely gotten over the difficult birth. Another had eight children and wanted a ninth, but not right now. Another, a teenager, bobbed along to music in her headphones, just audible under her bright pink hoodie. We all took turns getting our fingers poked and getting the ultrasound no one wanted.

When they called my name and led me into the operating room, I was surprised by the sparseness of it all. Just a short blue table covered in thin white paper with vintage leather stirrups hanging from metal arms. No pillow, no blanket for the cold. Nothing like the plush gastroenterologist table I was used to at my Pasadena hospital. The doctor was young, maybe my age, and she inserted the IV into my flat veins on only the second try. “A pro,” I remember thinking as I felt the anesthetic hit, burning every millimeter as it wound its way up my arm.

I woke up in the recovery room to a sea of ​​hospital beds cradling passed out women of all ages and sizes. High on painkillers and full of cramps, I watched as a nurse put a diaper on my grown hips. “How did I do that?” I chattered. Maybe she didn’t hear me, but she never answered, and in the end I didn’t need her reassurance. It was more important to me to be a healthy person than it was to me to be a mother. As she continued to press down on my uterus, I felt nothing but intense relief that I had chosen me.

As I lay there for the 10 minutes I was allotted to recover from the procedure, I remembered something that happened to me when I was 16. I had gone over to my boyfriend’s house after school because he had the ultimate luxury: cable TV . His mother came home to find us in his bedroom with the door closed. She burst into the room, accused us of having sex, and repeatedly screamed into my teenage face, “Getting an abortion will ruin your life!” Whether we were fully clothed and watching MTV.

It has been almost two years since my procedure, and since then the Supreme Court has been overthrown Roe v. Wade. Could I have had the procedure today? Yes, because luckily I live in California. But millions of women with chronic illnesses who live in states where abortion is now illegal will not be so lucky. They may be forced to carry a painful and potentially life-threatening pregnancy to term.

Lio and I are currently lives with my cat and his five-year-old daughter. The living room is wide and the dance parties are legendary. Having an abortion didn’t ruin my life. It allowed me to keep living it. 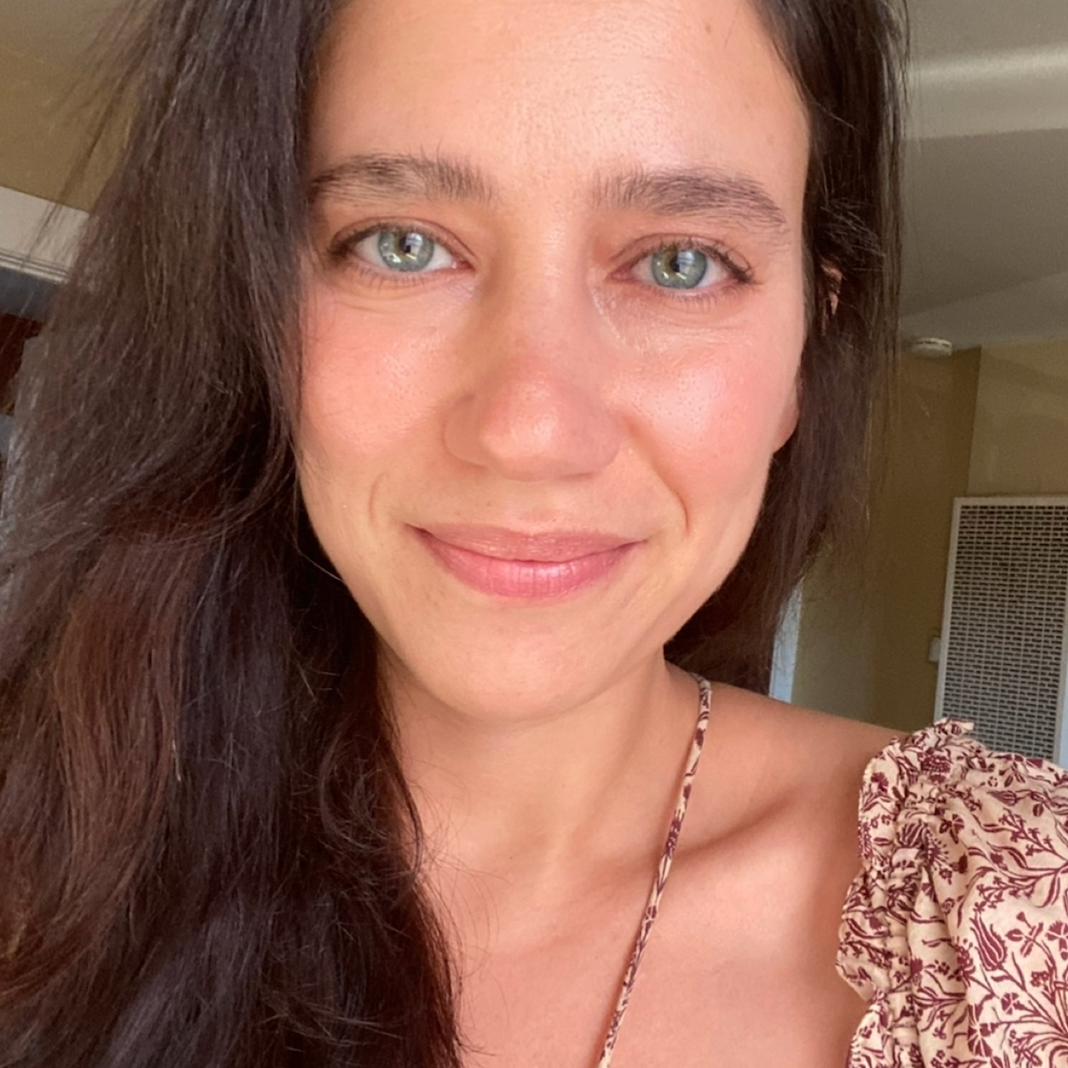 Stephanie Atlan is director of communications at SCI-Arc in Los Angeles. She was diagnosed with ulcerative colitis in 2018. She has received four stool transplants, one via endoscopy, so technically she has been eating shit.